Find out more here about Colorado ghost towns, and join Timberline Tours on a Vail jeep tour to explore.

Colorado has more than 1,500 official ghost towns, and these places remain an exciting part of Wild West history. How did Colorado ghost towns come to be? Many ghost towns originated in the late-1800s when miners and prospectors came to Colorado in search of silver, gold, and other precious metals or minerals. These optimists and adventurers traveled to potential mining locations by stagecoach, wagon, horseback, and on foot. And when they found what they were looking for, they set up settlements in the area, no matter how remote it was. Some of these settlements grew into bustling towns with permanent cabins, boarding houses, stores, and—of course—a saloon. 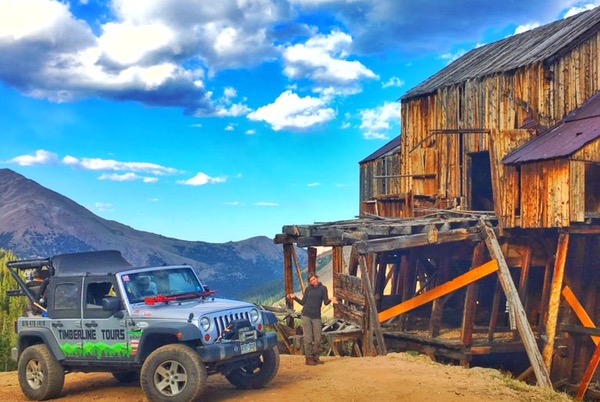 If the mining proved to be successful, these settlements grew and thrived. Or these towns would get abandoned and become ghost towns if a mine didn’t continue to produce. When settlers abandoned these areas, their cabins, the mines themselves, and other historical evidence of their lives got left behind. Some Colorado ghost towns remain in remote locations and are not accessible by low-clearance vehicles. Others became more accessible than they once were in areas where stagecoach roads, for example, were eventually turned into paved roads. 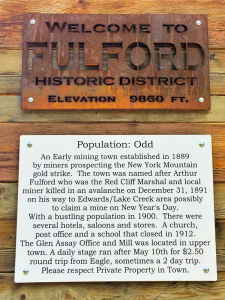 FULFORD, COLORADO: Technically, a ghost town has a population of zero because it has been totally abandoned. But some of Colorado’s ghost towns are making a comeback, with one or two families inhabiting structures seasonally or year-round. Fulford, Colorado, is one of these places. Fulford is a classic Colorado ghost town that boomed and busted along with Colorado’s mining industry.

In the late-1800s, Fulford had a population of several hundred miners, optimists, and pioneers. People originally came to this remote town in search of gold, but the 1893 mining season proved to be the height of the rush. Historic newspaper accounts claimed that rich gold ore had been found in the lime on West Lake Creek, and settlers went about establishing a town. When pioneers didn’t find what they were hoping for in the mine, they hightailed out of town, turning Fulford into a ghost town. But as of the 2010 Colorado Census, two people were counted among Fulford’s current inhabitants. 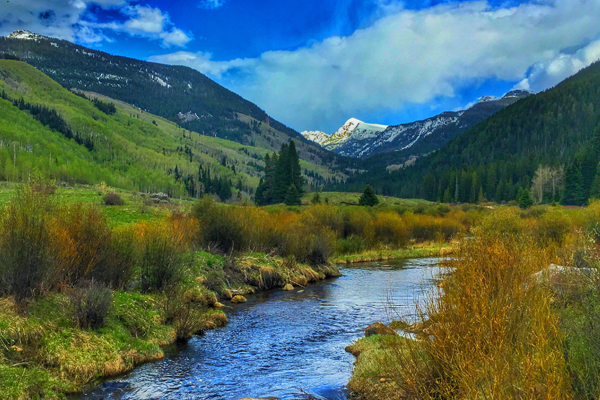 GILMAN, COLORADO: Gilman is a more modern development among Colorado ghost towns, and it truly has a population of zero. Located on private property, access to Gilman is prohibited, but its many abandoned homes and other structures can be seen clearly from several pullouts along Highway 24 near Vail between the Colorado towns of Minturn and Red Cliff. 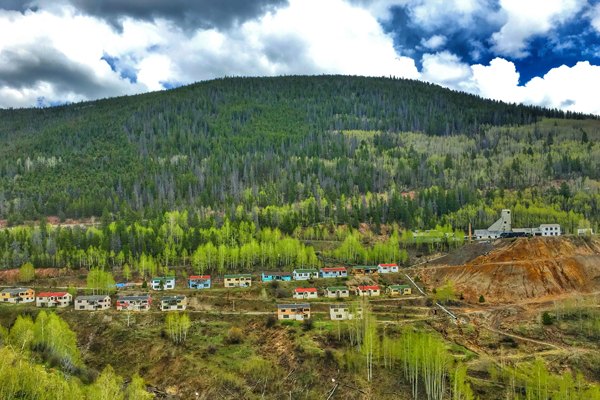 Like many of Colorado’s other ghost towns, Gilman was established in the late-1800s as miners came to the area to mine silver. Gilman remained an active town for more than 100 years until it was abandoned and became a ghost town in 1984. Gold, silver, copper, lead, and zinc were all mined in Gilman, which reached a population of a few hundred people by the 1960s. Over the years, Gilman had a newspaper, a bowling alley, and an infirmary. It was abandoned and shut down in 1984 due to toxic conditions, including contamination of the ground water, and the waning profitability of the mines. 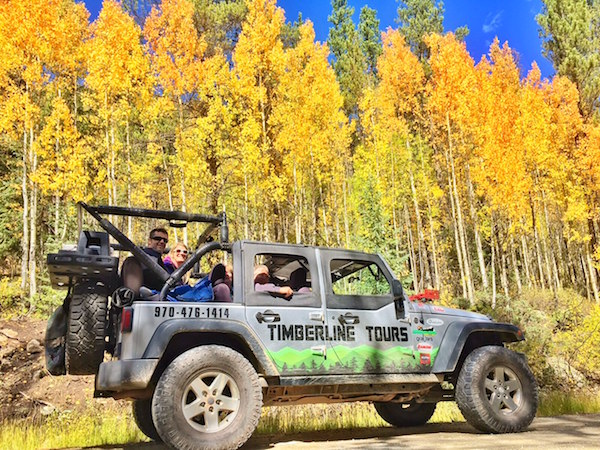 Those going on a Camp Hale jeep tour or a McAllister Gulch jeep tour with Timberline Tours will pass by the Gilman ghost town along the way. These jeep tours are popular during the fall season, especially, because Highway 24 comes alive at this time of the year as aspen leaves burst in colors of yellow, orange, and gold.

LEARN MORE:
—Get Rich on a Fulford Jeep Tour
—Vail’s Most Exciting Jeep Tour: McAllister Gulch
—Vail Jeep Tours and Camp Hale History
—What to Wear on a Jeep Tour